LA BOHEME: FOR VIOLIN AND PIANO By Mathieu van Bellen and Mathias Halvorsen

In this brand new project violinist Mathieu van Bellen and pianist/composer Mathias Halvorsen perform Puccini’s La Bohème, in an arrangement for violin and piano, done by the musicians themselves. In this way the parts of the soloists, the choir and the orchestra are brought together into a piece for just two players. The performance is accompanied by projected text, including subtitles, scene descriptions and sections from Murger’s novel “Scènes de la Vie de Bohème”.  Drawing on arrangements from Puccini’s contemporaries Kreisler and Godowsky, the musicians have strived to utilize a vast array of colors and textures. Ranging from intimate love scenes to buzzing streets filled with soldiers and children, the arrangement is meant not only to reflect Puccini’s orchestration, but also building the imagery and the life of the characters on stage.

This moving and critically acclaimed production of La Bohème was staged in 2019, Podium-Esslingen, Scaldis Festival, Kamermuziek Festival tussen Maas en Waal and in the Oranjewoud Festival, where it was chosen as one of the best rated performances.

The characters
The parts of every character are performed by either piano or violin, and each is given a distinct color. To strengthen the individuality of each identity the musicians have worked with a chosen singer’s performance of each part, which they use as inspiration for timbre, timing and character manifestation. The goal is that each character comes across as having their own personality, and not all directly reflects the musician performing them.

Text
The words and the narrative is brought to life by text projected on stage during the performance. This will include most of the subtitles for the dialogue, as well as stage descriptions and sections from Murger’s novel “Scènes de la Vie de Bohème”, on which the opera is based.

The idea behind the project is to bring Puccini’s masterpiece to life in a new, transparent and more intimate way. In this marvelous opera the words, music and story melt together in a uniquely poetic fashion, and their aim is to spotlight these achievements, opening up the piece to an audience not used to visit opera. This project approaches La Bohème from the perspective of telling rather than showing a story, and leans heavily on the power of imagination as a trigger for entering Puccini’s world.

The Norwegian pianist, composer and performing artist of special projects, Mathias Halvorsen currently lives in Reykjavik, but travels all over the world. From everything he initiates, and that is quite a lot, he makes exciting genre-challenging and transcending projects, Since 2010 he has been giving concerts in complete darkness as founder and member of the critically acclaimed LightsOutTrio. One of his newest solo projects is a multi-release recording of Bach’s The Well-Tempered Clavier on prepared piano. The first part was released on Backlash Music in November 2018 as: “The Well-Prepared Piano, vol. 1”.

From 2018 Mathias, as one of twelve young musicians, has been selected by Podium Esslingen to participate in the German fellowship program #bebeethoven for two years. www.bebeethoven2020.com Two hundred and fifty years after the birth of one of the most innovative composers of our time, these musicians get the opportunity to investigate essential questions such as “What is composition? How do music and technology work together? What is the future of classical music in a globalized world and what does the creation of music of the future look like? ”

An overview of Mathias’s current projects can be found at www.mathiashalvorsen.com

Violinist Mathieu van Bellen, a great fan of the violin style of the early 20th C, is not only a rising star with the Busch Trio, but also appears as a soloist and chamber musician in other ensembles, such as Het Reizend MuziekGezelschap of which he has been artistic director since 2018. He is prize winner and finalist of various international competitions, including the Yehudi Menuhin Competition in London and the Wieniawski Competition in Poland; in the Netherlands he was prize winner of both the Princess Christina and the Oskar Back Competition and of the Grachtenfestival prize 2015. In the series “Young Dutchmen” he gave a very successful recital in 2017 in the Kleine Zaal of the Amsterdam Concertgebouw. Mathieu gives concerts worldwide: in Europe, Asia and the US, especially as violinist of the Busch Trio, an ensemble that received the prestigious Kersjes Prize in 2016.

In 2017 Mathieu was named the youngest honorary citizen of his hometown Hulst because of his unbridled commitment to involve young audiences in Zeeland in classical music. He does this, among other things, through the Scaldis Chamber Music Festival, which he founded, and which celebrated its fifth anniversary in 2018. Mathieu made several CD recordings, highly appreciated by both press and audiences. A recording with violin duets by among others, Ysaÿe and Prokoviev, which he made with Maria Milstein, winner of the Dutch Music Prize, will be released in autumn 2019. 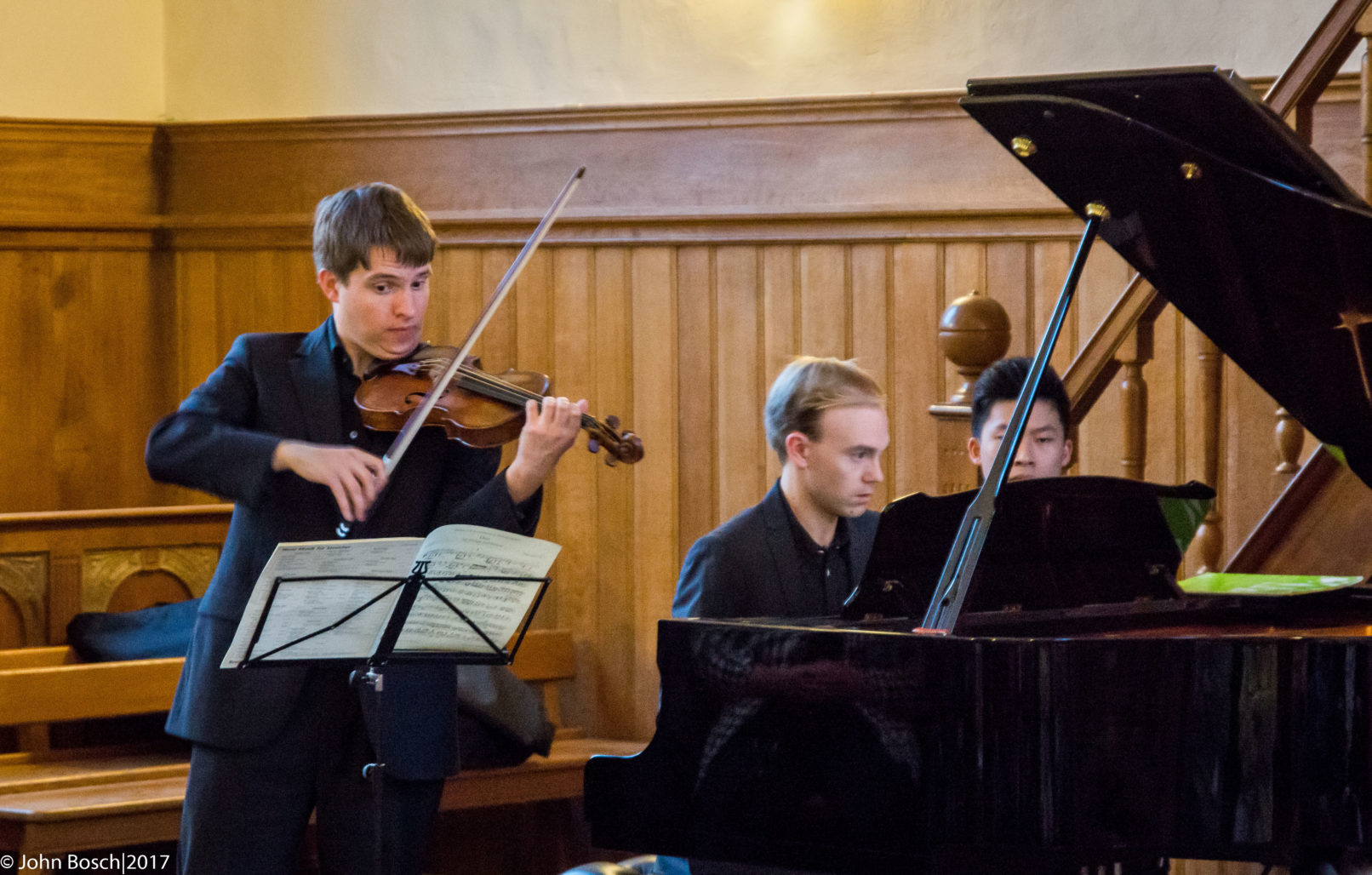