The three young musicians presenting themselves in this piano trio all are prize winners of various international competitions. Apart from pursuing their solo careers, they have a great love for chamber music. In their recitals they express – besides their huge technical and musical possibilities – their communicative way of performing, on top of a contagious enthusiasm. They played in various venues in Korea, Benelux and Germany among others in München/Gasteig and Diligentia-The Hague. Coming season 2020-21 the Trio Bell’Arte will make an extensive tour  through Germany with Beethoven’s Triple Concerto.

Background musicians:
Greek pianist Vassilis Varvaresos (1983) was in 1998 the youngest winner ever of Young Concert Artists in New York, followed by various international prizes: his most recent ones at the prestigious Enescu Competition/Bucharest and the Monte Carlo Piano Masters. In March 2012 Vassilis had his first solo recital in Carnegie Hall and after that was invited by President Obama to perform at the White House. This “Most Promising Young Greek Artist” is playing both as soloist with orchestras as well as in recitals in venues like Salle Gaveau/Paris, Tonhalle Zürich and the Wiener Musikverein. In The Netherlands he performed, together with duo-partner Noé Inui in various venues a.o. in The Hague (Diligentia and Nieuwe Kerk), in Concertgebouw Amsterdam and the Vereeniging/ Nijmegen. Vassilis has recorded 3 CD’s, one solo-cd, one with violinist Noé Inui and one with baritone Dimitris Tiliakos ‘Winterreise’; the 4th one containing various ‘Valses’ will be released in May 2018.

Greek/Japanese violinist Noé Inui (1985) is prize winner of various international competitions, such as Young Concert Artists New York, Sibelius/Helsinki (Young Talents’ Prize) and was awarded the top prize (Prix Julius Baer) of the Verbier Festival Academy 2012. As a soloist Noé performs frequently with orchestras in Germany, Belgium, Holland, Greece, Spain and Japan. As a chamber musician he gave recitals in many European countries as well as in the US and Japan. He shared the stage with among others Martha Argerich and Leonidas Kavakos. He recorded several CD’s, both solo and with his former trio, Carlo van Neste. In October ’15 Noé and pianist Varvaresos released a CD (The First and The Last Romantic) Schumann) which was critically acclaimed in many international media,

German cellist Benedict Kloeckner (1989), described by The Violin Channel as “quickly building an international reputation as one of the new generation’s most gifted young string virtuosi”, is a prize winner of various international competitions, including the 2012 Prix N. Firmenich of the Verbier Festival Academy. As a soloist, he performs with orchestras worldwide and in major venues such as Tonhalle/Zürich, Rudolfinum/Prague and Concertgebouw/ Amsterdam, Wigmore Hall/London and Carnegie Hall/NYC. He enjoys playing chamber music and shared the stage with partners like Gidon Kremer, Sir András Schiff, Emanuel Ax, Heinrich Schiff and Anne-Sophie Mutter. Benedict has recorded extensively: among others with two of his regular chamber music  partners: pianists José Gallardo and Anna Fedórova. 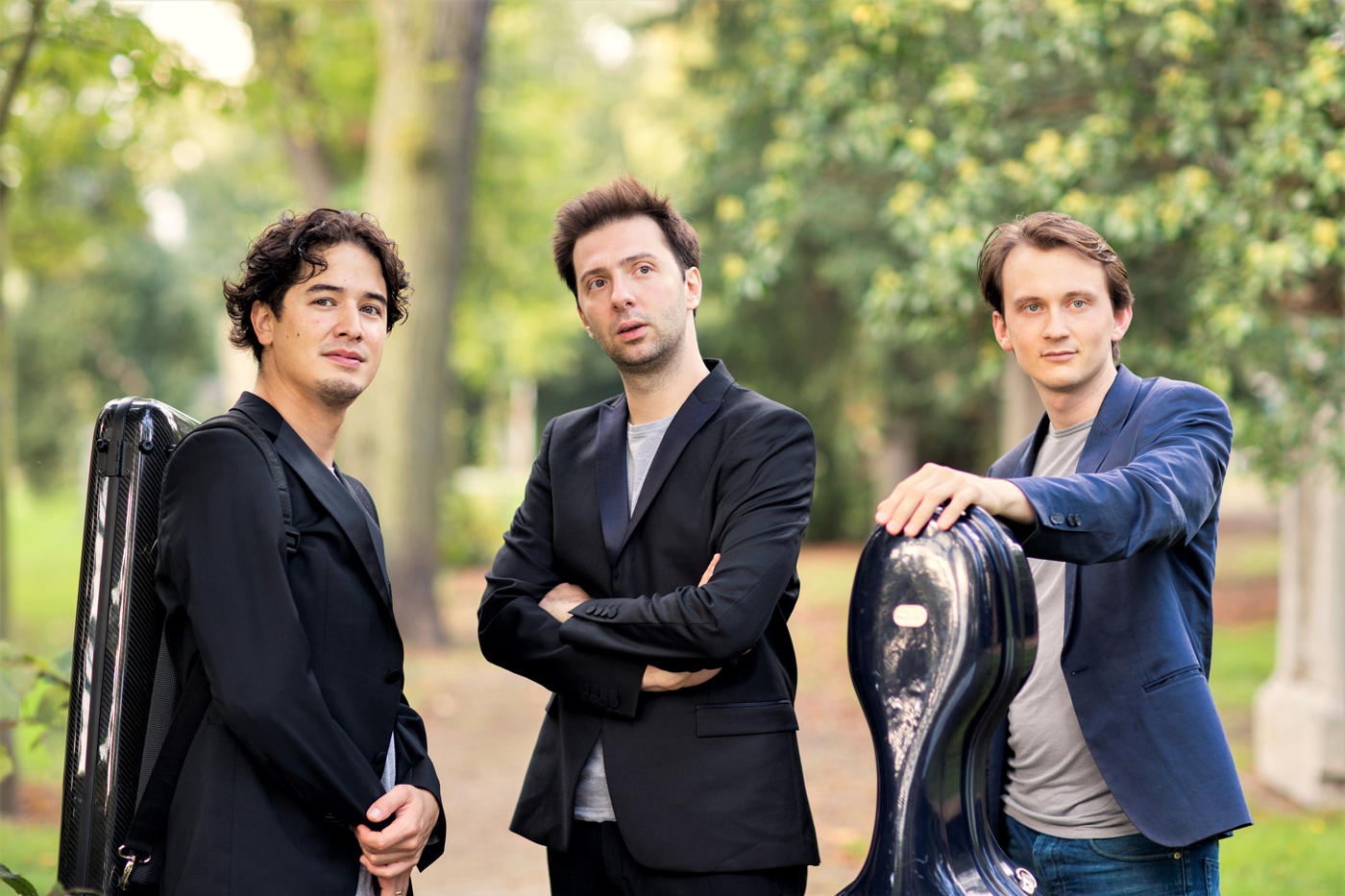